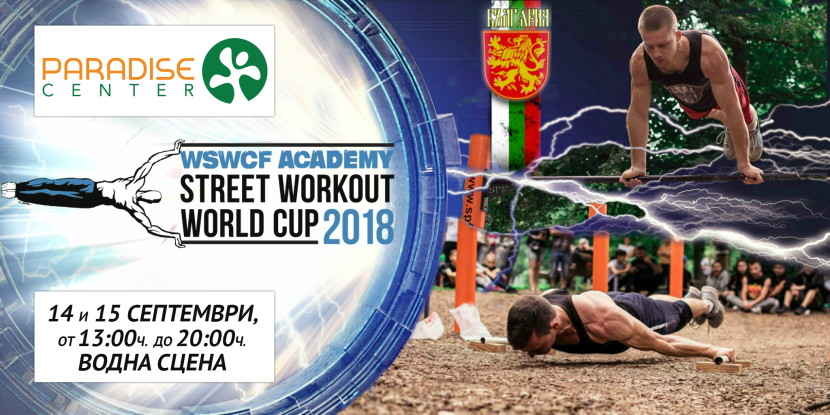 A new occasion for national pride was given to us by representatives of Bulgaria at the World Street Fitness Championship, which took place during the weekend in Moscow. After intensive training Tsveti Staneva became the second in the world and Stefan Eroteev won a bronze medal. The two 17-year-old athletes will return to the country at the end of the week to take part in another sporting competition - the first international street fitness tournament in Bulgaria. Such an international tournament takes place for the first time in Bulgaria.

The tournament is part of the World Cup WSWCF and is organized by SPF BULGARIA, Street Workout Bulgaria Sports Club and WSWCF. The attractive sporting event will be held in two days on the Paradise Center water stage. On the 14th and 15th of September the audience in the biggest Bulgarian shopping center will enjoy an amazing power show and the entrance is free. On September 14 from 13:00 o’clock, the most popular Bulgarian athletes will hold exciting street fitness demonstrations, and on September 15, at 13:00, the first international street fitness tournament in Bulgaria, part of the World Cup WSWCF, is scheduled to be held until late in the evening .

Participation in the sports battle on Saturday at Paradise Center will take not only our best athletes, but also many athletes from different European countries. The winner of the first international street fitness tournament in Bulgaria will qualify for the big final in the end of  the year in Cairo, Egypt, and will win a special prize from Goto Jewelery and Diamonds.

“Street fitness is the sport of the regular boys and girls from the neighborhood. By practicing it, they become popular among their peers and get the opportunity for sports. This sport also has a strong social role because it keeps the teenagers away from the vices of the century, away from alcohol and drugs” said the Street Workout Bulgaria Chairman Yordan Yovchev.